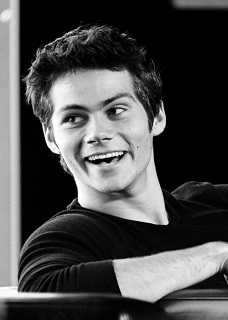 Dylan O’Brien is dishing on the possibility of a Teen Wolf reunion series or movie, or something!

The 29-year-old actor was promoting his new movie Love and Monsters when he was asked about the beloved, fan favorite series.

“I don’t know… That was my first character ever, and Stiles to me, is just my heart and soul,” Dylan told Marc Malkin on Variety’s The Big Ticket Podcast. “Obviously I would jump at the chance to do any kind of thing. There’s got to be some kind… I mean, we’ll come back together for something at some point.”

Where does Dylan think Stiles would be now?

“I don’t know. You know, I think I love the idea… I think I’ve said this before, so it’s so boring, but I would love the idea that he’s like Sherriff. That he’s taken over as Sherriff, but drives his Jeep instead of a squad car. I just love that. That feels right.”